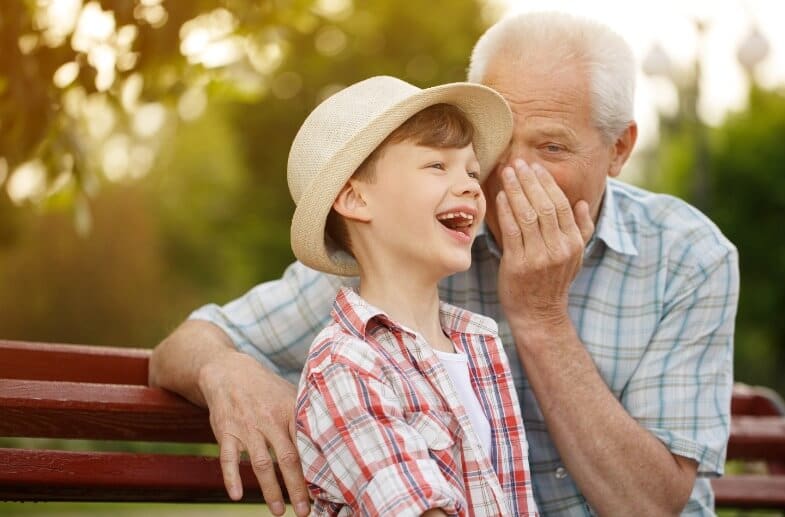 Anyone who watched “Old People’s Home for 4 Year Olds” on the ABC will never forget it. The judgement-free interaction of people at opposite ends of their life journey could warm the coldest of hearts and shone a spotlight on the benefits of intergenerational volunteering. But what exactly does it involve beyond what was seen on the series, and where can you get involved?

What is intergenerational volunteering?

Intergenerational volunteering has been a formal concept in Australia for decades but the success of the British TV series, “Old People’s Home for 4 Year Olds” and then its Australian counterpart opened it up to a mainstream audience. And while the series focussed on volunteering in an aged care home, the benefit of connecting with people from other generations is just as important for those who still live at home.

A great example of an intergenerational program in Australia is ‘I Wish I’d Asked’ – an organisation that formed from an idea from Eva Gruen and Danny Finley about the things they wished they’d asked older relatives.

They piloted a program in Shepparton that involves bringing students (“Apprentices”) and seniors (“Silver Warriors”) together in range of activities. Different programs catered for different interests; there’s one for gardening, one for dancing, one for knitting and craft, one that assists older people understand the digital world, one for karaoke and one that deals with philosophy.  There was even one for Italian cooking that involves students studying Italian at school mixing with ‘Silver Warriors’ whose first language is Italian.

And while the pilot has finished, the legacy continues with similar programs running in Shepparton through Rotary. Post-covid the organisation now helps communities who have their own ideas, the founders talking to those that want to set up their own local program to assist with getting it off the ground.

Play Matters is a national playgroup organisation for toddlers that also has a program that brings together younger children and older people called Ageless Play. Sessions are delivered in aged care homes and retirement homes with parents, residents, and children all meeting and playing together.

Its integration across playgroups across Australia is another example of the mutual benefits gained by such activities. But ultimately these things are best started with community ideas and passion, so if you have any questions about this, please drop CareAbout a line to see if we can connect you with an organisation that might help get your intergenerational volunteering idea off the ground.

What are the benefits of intergenerational programs?

Griffith University’s 2019 Intergenerational Care Project study found that for older people, the program had a positive impact on their health and well-being; the program sparked enjoyment and improve mood and gave them a sense of purpose and that all of these things contribute to delaying cognitive decline. So aside from the associated increase in confidence and communication skills for children and the heart-warming element of the interaction, it keeps people living at home longer – something that is part of CareAbout’s DNA.

Co-founder of ‘I Wish I’d Asked’, Eva Gruen, said apart from the benefits to older people the effect on young people was also positive.

“We had a number of disengaged students taking part and the differences afterwards were quite striking. Kids that were struggling at school gained confidence by teaching the older people about how to use a phone, a computer or Facebook for example. They found the older people were more patient with them and their confidence and self-worth grew. Previously the kids hadn’t thought of themselves as people who had the ability to teach and help others, and that realisation really brought them to life in a schooling sense.”

If you’re interested in experiencing the benefits of intergenerational programs, or becoming a volunteer yourself, reach out to the organisations above, or learn more about the Community Visitor’s Scheme.

Find a Home Care Provider who meets your needs