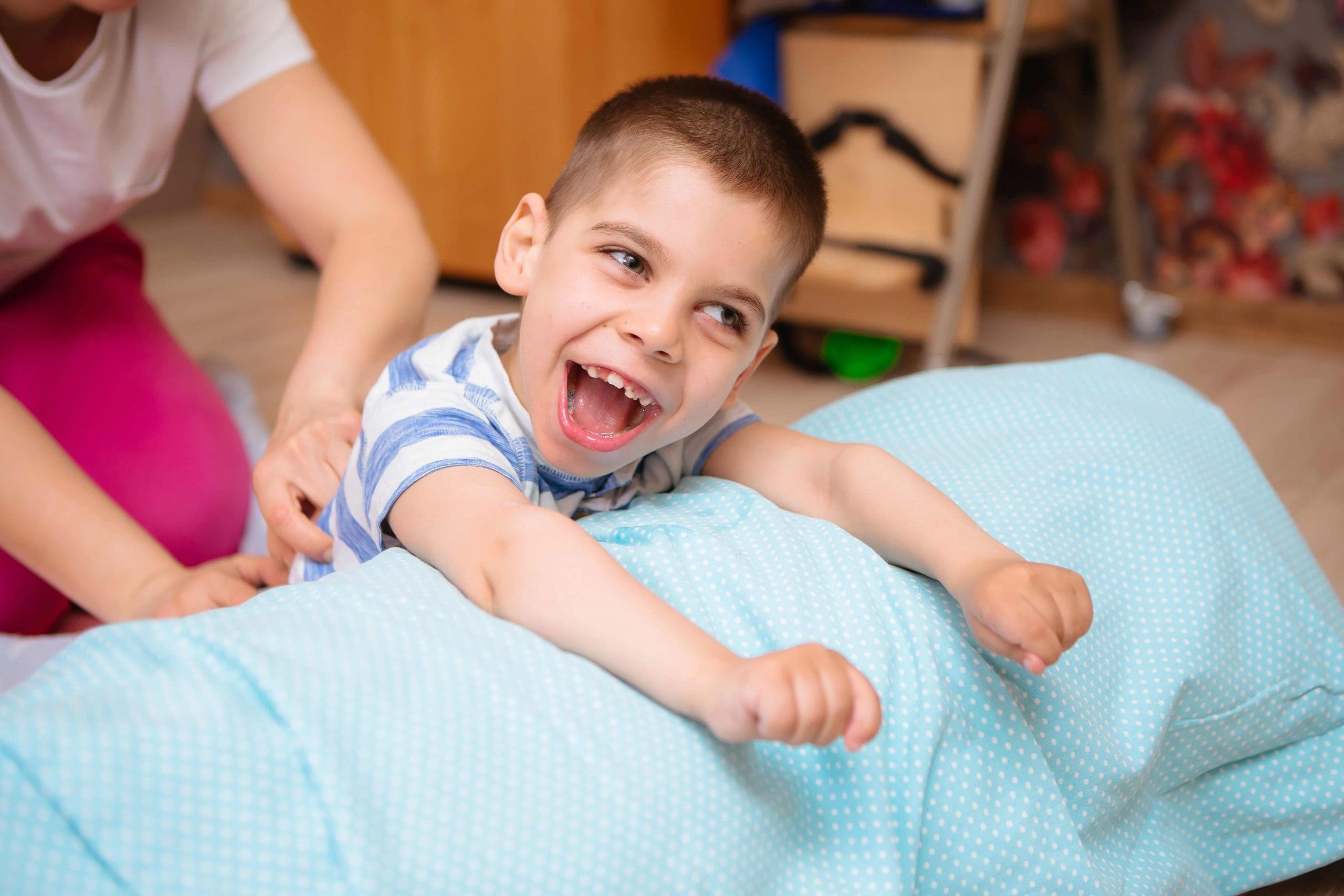 If your child has been diagnosed with cerebral palsy, there is a lot of support available. This support includes financial support through government funding, emotional support from peer support groups as well as practical support through community groups.

What is cerebral palsy?

Cerebral palsy is a congenital brain development disorder that affects movement. It is usually diagnosed in early childhood, with the first symptoms appearing during infancy or soon after.

Cerebral palsy is the result of abnormal brain development, usually occurring during gestation, prior to birth.

The exact cause of cerebral palsy is not known, however it can occur as the result of:

What are the symptoms of cerebral palsy?

The symptoms of cerebral palsy differ from person to person. The symptoms are movement, muscle, posture or balance related and can appear in the following ways:

What is the prognosis for someone with cerebral palsy?

The brain disorder causing cerebral palsy doesn’t change with time, so the symptoms usually don’t progress or get worse with age.

Sometimes, the brain damage that has led to cerebral palsy is also the cause of other neurological issues, such as blindness, epilepsy or seizures. In cases such as this, the prognosis and development of these co-occurring disabilities may continue to progress or worsen.

Yes! Cerebral Palsy does qualify for the NDIS. If you haven’t already applied, learn more about eligibility and applying for the NDIS.

The NDIS organises disabilities into different categories to help them determine eligibility for funding. If your disability is listed in List A, like cerebral palsy is, you are very likely to be approved for funding, if it is under List B, you’ll need to provide a little more evidence (usually to help determine the severity of your disability) but it’s still likely that you will receive funding. If your disability sits in List C, you might find it a little more difficult to prove your eligibility and you’ll needs lots of supporting evidence from medical specialists.

Cerebral palsy is listed in the first category, List A, which is the list of disabilities that are very likely to be approved for the NDIS. However, cerebral palsy only meets the requirements for List A if it has been diagnosed as severe (e.g. assessed as Level 3, 4 or 5 on the Gross Motor Function Classification System – GMFCS).

If your child’s cerebral palsy has not been diagnosed as severe and therefore doesn’t meet the requirements for List A, it will fall under the List B disabilities, which means that you’ll need further functional assessment prior to being approved for the NDIS.

Get in touch!
Share
Email
Copy link
Speak to our Care Advisers today
CALL TODAY - 1300 721 855
Next available Thursday 9:00am AEST
The People’s Guide to Home Care
Download this invaluable guide to give you confidence in your Home Care choices.