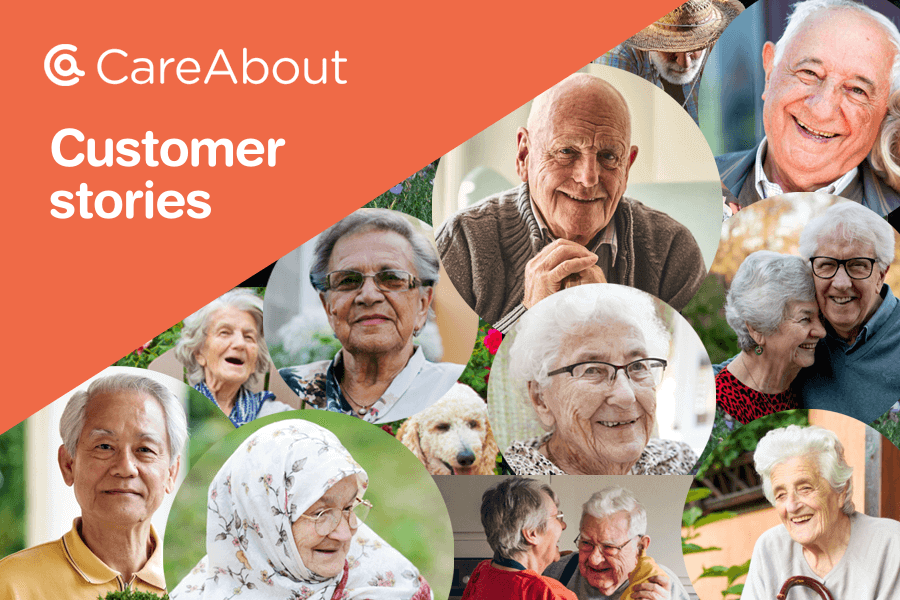 We understand navigating the NDIS and finding providers can be overwhelming. We help a huge number of Aussie families feel at ease and relief as we work with them to find the right supports for themselves or their loved one. Don’t just take our word for it! Hear Mick’s story and how CareAbout was able to help him get the support he needed.

I’ve had this injury since 2007 and Careabout by far has been the most professional organisation I’ve delt with. No one has advocated for me the way CareAbout has

In 2007, Mick suffered an accident, and as a result, acquired a spinal cord injury and became visually impaired. Once the NDIS became available to him he registered to gain assistance with administrative tasks, attending appointments and some personal care.

However, in a sea of over 19,000 NDIS providers, he found reliability and quality difficult. “There are so many providers out there, and there are so many who don’t care, or don’t understand your needs. Especially if you have multiple disabilities.” he explained.

Mick reached out to CareAbout to see if we could help him weed through the sea of providers and find one who suited his needs.

CareAbout was very concerned I didn’t have carers. We had a quick conversation and they said, ‘leave it with me’. CareAbout made me feel calm, and very relaxed prior to how I felt before” he continued, “I was so surprised by how professional and how willing all of the staff have been to help

Feeling frustrated with the NDIA, sourcing reliable providers and navigating the ins and outs of the NDIS, Mick was craving stability and someone who could help him manage the load.

“I’ve gone from feeling completely stressed and worried about who can negotiate for me on my behalf to feeling relaxed and confident. If anything were to change in my circumstances, CareAbout would be the first people I’d call. They did all the work and the worrying for me”

In the current climate, finding carers with availability can sometimes be a challenge, and Mick’s situation was no exception. After reaching out to several providers who couldn’t take more customers, we were able to secure him with a boutique provider who was local to his home in regional Victoria.

CareAbout matched me with an incredible provider who has shown nothing but professionalism since meeting them. They’ve been on time, friendly and have been able to help me do the little things that I can’t do

Mick concluded his chat with us by saying,
I’ve had this injury since 2007 and Careabout by far has been the most professional organisation I’ve delt with. No one has advocated for me the way CareAbout has.
Share
Email
Copy link
Tags: Customer stories, Disability

Speak to our Care Advisers today
CALL TODAY - 1300 721 855
Available now
The People’s Guide to Home Care
Download this invaluable guide to give you confidence in your Home Care choices.