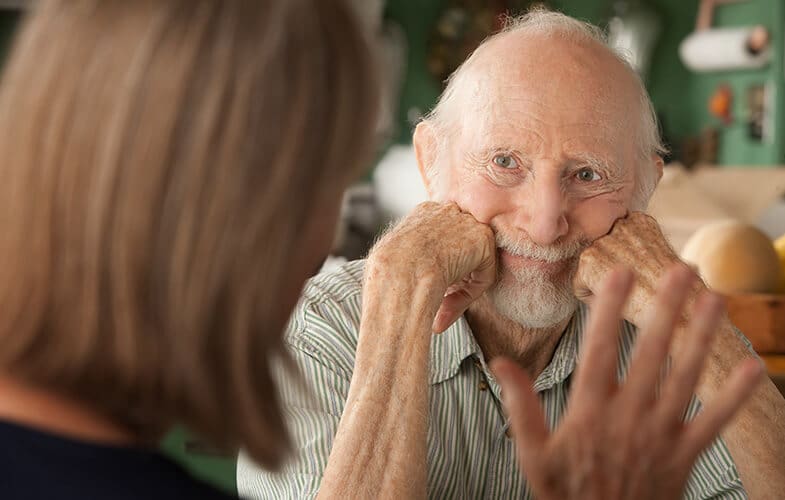 Alzheimer’s disease is the most common form of dementia. Dementia is the general term used to describe a range of symptoms associated with the loss of memory, thinking and behavioural skills which significantly reduces a person’s ability to perform everyday activities. These result from damage to brain cells.

Alzheimer’s disease is caused by the build-up of abnormal deposits of protein in the brain. There are two types of deposits, plaques and tangles. The plaques are a protein fragment called beta-amyloid and they build up in the spaces between nerve cells. The tangles are fibres of a protein called tau and they build up inside brain cells. These build-ups usually begin in the outer brain, where short-term memory is controlled. It then spreads and starts to affect long-term memory and other functions.

Research into Alzheimer’s disease has really only taken off within the last couple of decades. However, the prevalence of Alzheimer’s means there are now a great deal of resources being put into understanding the disease. While there is a general understanding of what is happening within the brain of Alzheimer’s sufferers, researchers are still trying to determine exactly how and why the build-ups of beta-amyloid and tau occur

Alzheimer’s disease is named after a German psychiatrist, Dr Alois Alzheimer. He had a patient, Auguste Deter, who suffered memory loss and unpredictable behavior. After Auguste’s death in 1906, Dr Alzheimer examined her brain detected deposits of the plaques and tangles now associated with the disease.

The key symptoms of Alzheimer’s disease are:

If you are concerned about a family member or friend who appears to be exhibiting some of these characteristics, you should seek advice from a GP.

How is Alzheimer’s disease diagnosed?

There is no single test for Alzheimer’s disease. Instead, someone who exhibits symptoms of the disease are taken through a range of tests that can indicate the presence of other conditions that share similar symptoms. The tests that are conducted include:

Can Alzheimer’s disease be treated?

Can Alzheimer’s disease be prevented?

Aging is inevitable and so are changes to one’s brain. Research suggests there are a number of steps that can be taken to reduce the risk of Alzheimer’s disease. These include:

Caring for people with Alzheimer’s disease

An individual diagnosis of Alzheimer’s disease has an impact on a network of people: friends, families and colleagues. Support and further information is available from the National Dementia Helpline on 1800 100 500 or at www.dementia.org.au

For some expert assistance on dementia care options, contact a CareAbout care advisor 1300 721 855.