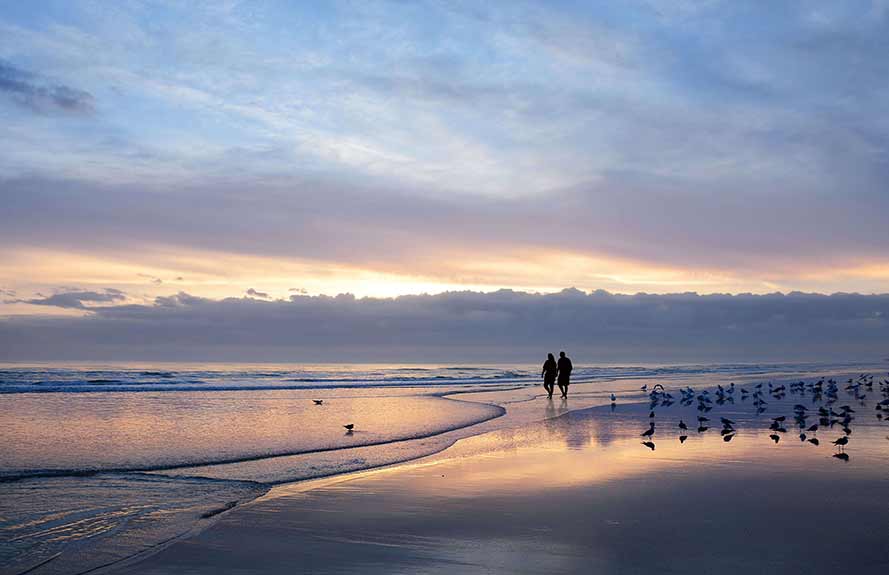 The biggest adjustment was to learn to sit in the silence.

One week into my stint as primary carer for my 83-year-old father has given me a unique opportunity to understand what it is like to be in the shoes of my mother, his usual carer, and to some degree my father’s world: living with dementia.

My mothers’ thirst to travel the world was always in contrast to my fathers’ desire to stay within the familiarity of Australia. Now, at 74 and unable to leave my fathers’ side for more than very short periods (even her trips to the toilet are met with “where did you go?”).

At 74 my mother realises her overseas travel years are escaping. So, she took the bold, some say ‘selfish’ step, to travel to India alone, with daughters moving in to care for Dad.

Knowing my father, I detect the very slightest hint of surprise on his face when I greet him each morning. He takes several minutes before he addresses me by name.

Setting the table is a safe routine that requires some prompting – some days the milk comes out, some days last night’s leftovers, always the butter (opened to check the contents). It’s no matter that milk gets added on three separate occasions.

I seek to gain his involvement and minimise confusion by prompting; “Today’s Tuesday and we’ll need to put the bins out.”

I liken the situation to a rudderless ship.

When I speak I try to keep my sentences short and straightforward, speaking directly to Dad. I find I need to be a lot more descriptive – telling him what we’re doing at various intervals.

“Yeah” is the frequent response. Which fits the ticket in most situations, however sometimes it makes no sense at all and leads me to question just how much is he taking in?

Meals and frequent cups of tea present a chance to get Dad involved.  The makeup of our place settings is ever changing. Dad finds linen napkins in rarely opened drawers, other breakfasts we have double table mats laid with forks, knives and two types of spoons.

I’m grateful that today I don’t need to negotiate who is driving to the beach. After almost 70 years of driving it came as a real blow that he was deemed not safe to drive.

Now a set of house keys goes some way to keep that familiar feel of a set of keys in his pocket.

The beach offers a welcome distraction, seagulls, small children, the beauty of nature.  We wander along the foreshore path, me keeping an eye out for cyclists; “Dad keep to the left”. Dad says “Geez you’d think that I’d have seen that coming from the size of her”. I hope the moderately sized cyclist doesn’t hear.

Damage to the frontal lobe of the brain, the area that regulates our social behaviour means that we’ll often hear things that seem a little harsh if not rude from my usual mild-mannered Dad.

We ‘treat’ ourselves with an ice cream, Dad has always paid and still does, however larger notes are proffered to avoid any need to count out money.

The once familiar world increasingly now holds many challenges for Dad, choosing clothing, turning on the TV (plugs get pulled out, air conditioning remotes are used, buttons pressed), microwaves, lawn mower, drinking fountains, unlocking doors…. gentle demonstrations can help to refresh some skills, others just seem beyond him now.

I discovered Dad’s a whizz at peeling apples, skillfully removing the skin in one neat spiral. Sadly, his years working on a wood turning lathe are over but I make a mental note to do more cooking that involves peeling and chopping.

Dad was never a great conversationalist but these days talk is VERY limited. We do reminisce about his early days in England; being showered with machine gun fire while walking the dog during the second world war – some things you’ll never forget – however the weather and view are the most successful topics. Initially I made lots of attempts to chat and fill the silence, but I soon realised this was more for my benefit than his.

I fielded questions throughout the day about where Mum was and this is frequently met with “she didn’t tell me”.

Despite tempting him with music, outings and odd jobs Dad’s most common occupation is to sit reclining – sometimes with eyes closed, TV on mute or not at all.

Dad is a shadow of the man he used to be, a wonderfully creative, skilled jack of all trades who could build or find a practical solution to anything.

The mourning process for our family started some time ago.

We sit companionably watching and commentating on the amazing footage of David Attenborough, and games shows, something my Dad would never have even switched on let alone sit through and seemingly enjoy. However complex plots and the “yelling and arguing” of dramas and movies now hold no interest.

Dad ‘retires’ to bed early, giving his mind a well needed rest. Nightly showers give me the opportunity to sneak into the bedroom (for some reason I sneak as I don’t want to be confused with my absent Mum) to replace his clothes with fresh ones.

The constant demands, infinite patience, lack of vitality and conversation from her life companion leave me in no question of the need my mum has to escape her day to day and “live” a little. The role of a carer is a thankless task.

I will put a photo in the post for next week, knowing it will create mild entertainment at the other end.

Driving home with the sun on my face I see no need to turn on the radio or phone a friend. I am just happy to sit in the silence.

100% obligation free
COMPARE GREAT PROVIDERS
The People’s Guide to Home Care
Download this invaluable guide to give you confidence in your Home Care choices.